knowledge and characteristics of CPVC material

The abbreviation CPVC stands for chlorinated polyvinyl chloride, a material in use since 1958. CPVC is an amorphous thermoplastic. It is made by post-chlorination of PVC whereby chlorine is attached to the PVC chain. Thus CPVC is a transformed PVC material which, because of its chemical structure, is characterised by a higher temperature resistance than PVC, with simultaneously higher tensile strength, good toughness and an exceptional chemical resistance. Its flame resistance is even better than that of PVC These characteristics have made CPVC an interesting material for piping and fabrication of devices in the chemical industry as well as for several other industrial applications with high requirements (e. g. the aeroplane industry In pressure piping systems, CPVC is suitable for strongly corrosive environments, where materials such as stainless steel or even GFK demonstrate only a short service life. CPVC is used for semi-finished products, pumps, valves as well as for the entire range of accessories

associated with transport of liquids

Some of the advantages of CPVC for piping systems are

no support of microbial growth

no influence on drinking water

The mechanical short-term characteristics of CPVC are very

to those of PVC at room temperature. CPVC is a material with

tensile strength and stiffness and simultaneously good high strength. CPVC’ s advantages are particularly prevalent at higher temperatures. The reason for this is its high chlorine content which causes a strong interaction between the CPVC chains. This, in turn, displaces the softening and the loss of attributes to higher temperatures and also has an effect on the outstanding long-term creep strength, which among the piping materials only exceeded by PVDF.

The long-term behaviour for internal pressure resistance is provided by the hydrostatic strength curve based on the EN ISO15493 standard. The application limits for pipes and fittings, as shown in the-pressure-temperature diagram, can be determined

The excellent chemical resistance of CPVC extends to high temperatures and to high concentrations of media. Resistance against the influence of most mineral acids, bases and salt solutions is distinctive, but is also good against sodium hypochlorite and chlorine solutions. Resistance to aliphatic hydrocarbons and elemental chlorine is also good. CPVC shows weakness against aromatic or chlorinated solvents, esters and ketones. Use with gases is also not recommended. If oils, varnish or fats are being considered, a prior investigation is advisable

For detailed information, please refer to the detailed list of chemical resistance.

These specification are also valid-with exceptions-for adhesive joints, which normally are implemented by applying strongly

dissolving gap-filling solvent cement on the CPVC. CPVC is weather resistant over the long term, so it can be exposed to direct sunlight as well as wind and rain. Resistance to ultraviolet radiation is very good in comparison to other materials, but nevertheless, CPVC loses some of its impact strength. In extreme applications it can be advantageous to protect the material from direct sunlight exposure.

CPVC piping materials have a Vicat softening temperature(above103.C) that is over 20C higher than that of PVC. The highest temperature of application of +80C is derived from this heat resistance.

The material characteristics of CPVC are ideal between +40.C and+80C, The thermal expansion coefficient of CPVC at 0.06 to 0.07 mm/m k lies clearly above that of metals. On the other hand, with respect to the other materials used in industrial piping installations, CPVC shows the lowest expansion coefficient. This is not a problem if the thermal expansion is take account during the planning of the installation. 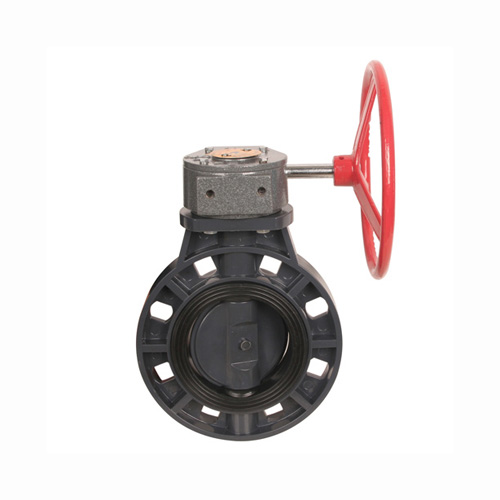 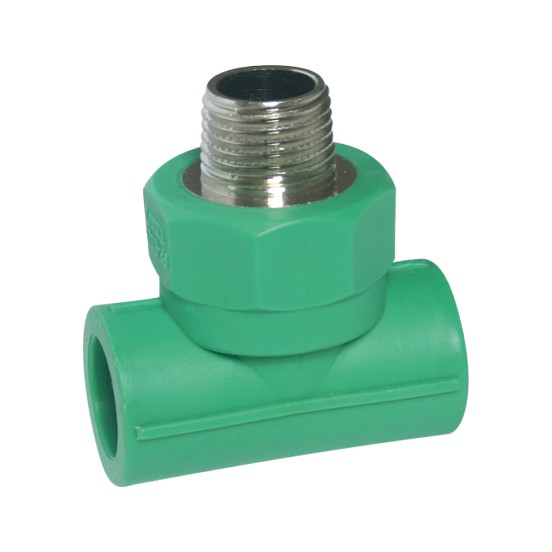